On the Broken Path

So some afternoons are just meant to be spent with a six dollar bag of kettle corn on your lap.

And there's no stopping the shoveling of the sweet, puffed corn into the mouth except to fill the cups of the young ones and send them off with remarks of its "your last cup, no more."

But I'm thinking in the back of my mind yep this is dinner. 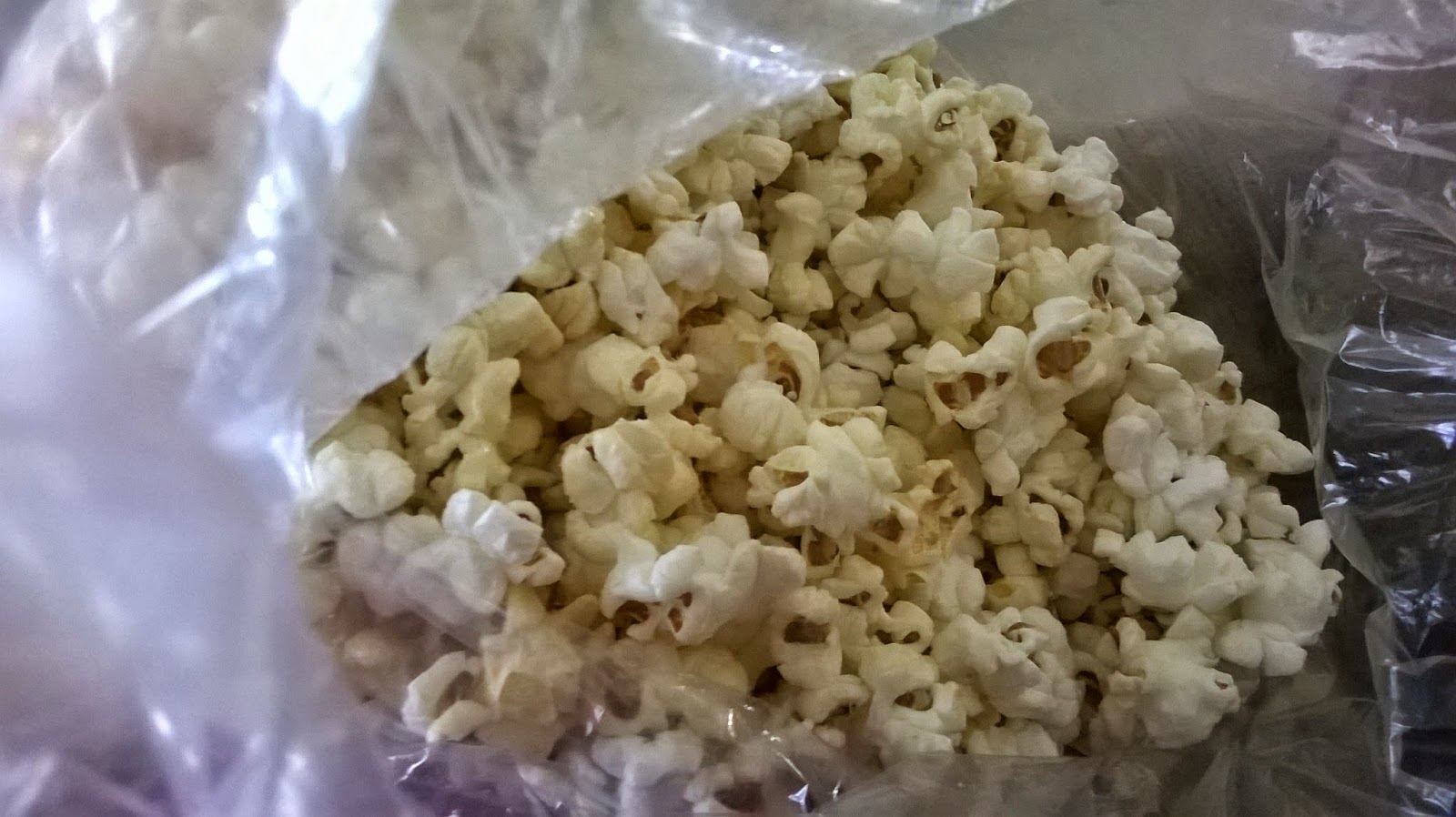 Even though in thirty minutes a tired, weak, dirtied hand, saw dust headed husband will walk through the door with a sweet smile and an empty belly...to a wife with her legs up and a bag (now half gone) of corn on her lap.

Until then, this Mom needs her share of quiet and kettle.

Yes the scale will tip higher (work off that tomorrow).

And those surprise moments of biting down on whole kernels too close to cavities that are waiting for root canals are happening too many times but its kettle and corn and a big bag and it took a big, long, broken way to get it.

I was lost and in more ways then one.

The morning dawned early with kids in tow and off we were for a day of apple picking, pumpkin patching, and hay jumping with a local homeschool group.

Don't be late. 10:00am sharp. Tickets were purchased in advance. Apple Picking 10am.

I should have stayed the course straight instead of pulling the wheel right towards the wrong direction. It took 30 minutes to realize that exit 20 was not Weston and so I back tracked heading back towards the straight highway.

Telling the kids we might just miss the apple picking to which my oldest was completely okay with and offered me encouraging words that soften and shock the soul.

But in my mind it was not okay. The kids would have fun. They would miss that ride in the wagon up the green field towards the swaying, apple plucking trees whose branches were now only waving goodbye in my mind.

Call if your running late that's what the memo said. Except in my case the 7 was supposed to be a 1 and so I couldn't dial.

The highway ended and in its place a winding, country two lane road with cow farms and fields of corn and hay appeared. Easy. I knew rolling country hills and farm lands having grown up in an appalachian town.

I drove and drove. It can seem endless on a country road.

I had passed too many signs and I couldn't find "the" street and I had forgotten my roots that not all gravel roads are named and in this case this one wasn't.

I pulled over to ask an old man in blue overalls and greying hair for directions and of course he smiled and spoke his country twang and told me that I had gone too far.

By this time my oldest in the back was saddened as I had built these grandiose illusions that were now floating out the window because of time passed, a good two hours.

We finally arrived sweaty, tired, hungry, and ready for fun. 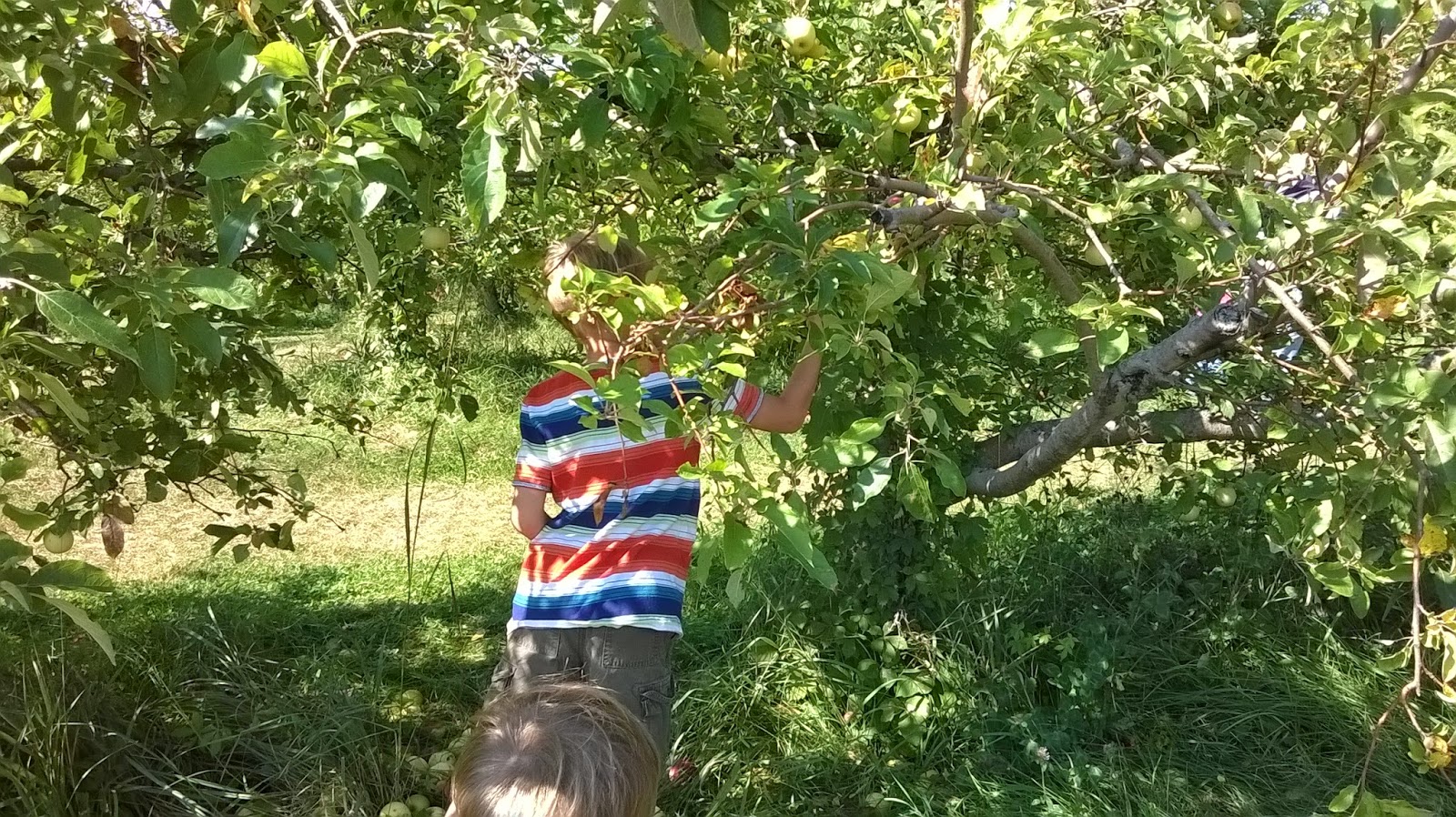 Lets say the boys had a good time but there was no wagon ride up the steep hill towards the apple orchard for it was only a few feet from the barns. There were no fields painted with orange rows of pumpkins, or hay mazes, or corn stalks, or face paint, or tractor pulls, or tractor rides or...I could go on.

But there was kettle corn. 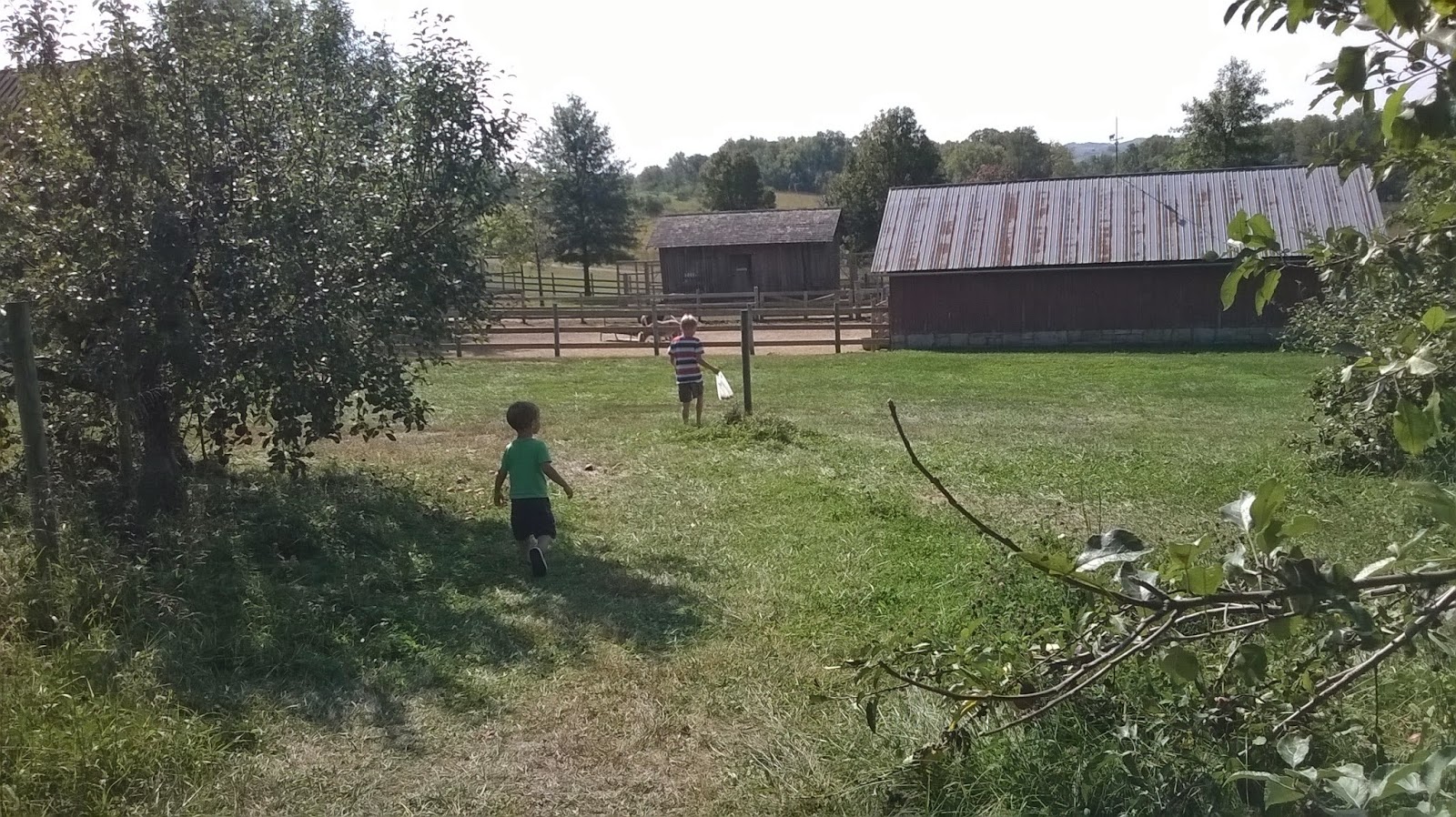 And forgiveness and sweetness in my oldests eyes because children  really don't know what their missing or maybe they do and they don't really mind.

{The only thing that matters to children is the smile on your face and the light in your eyes and the sound of your voice because they can really do without it all but what they can't do without is your love.}

Your heart that pumped and fluttered and raced with the birth of a miracle now grows and tends theirs, so sacred, so sweet.

{Children's hearts bring His presence closer to you.}

Yes, truth here~being lost and broken is the only way to see the Mender who pieces it all back together towards His Spirit.


{It's the torn spirit along the broken path that brings us back to the One who was broken and torn for us.} 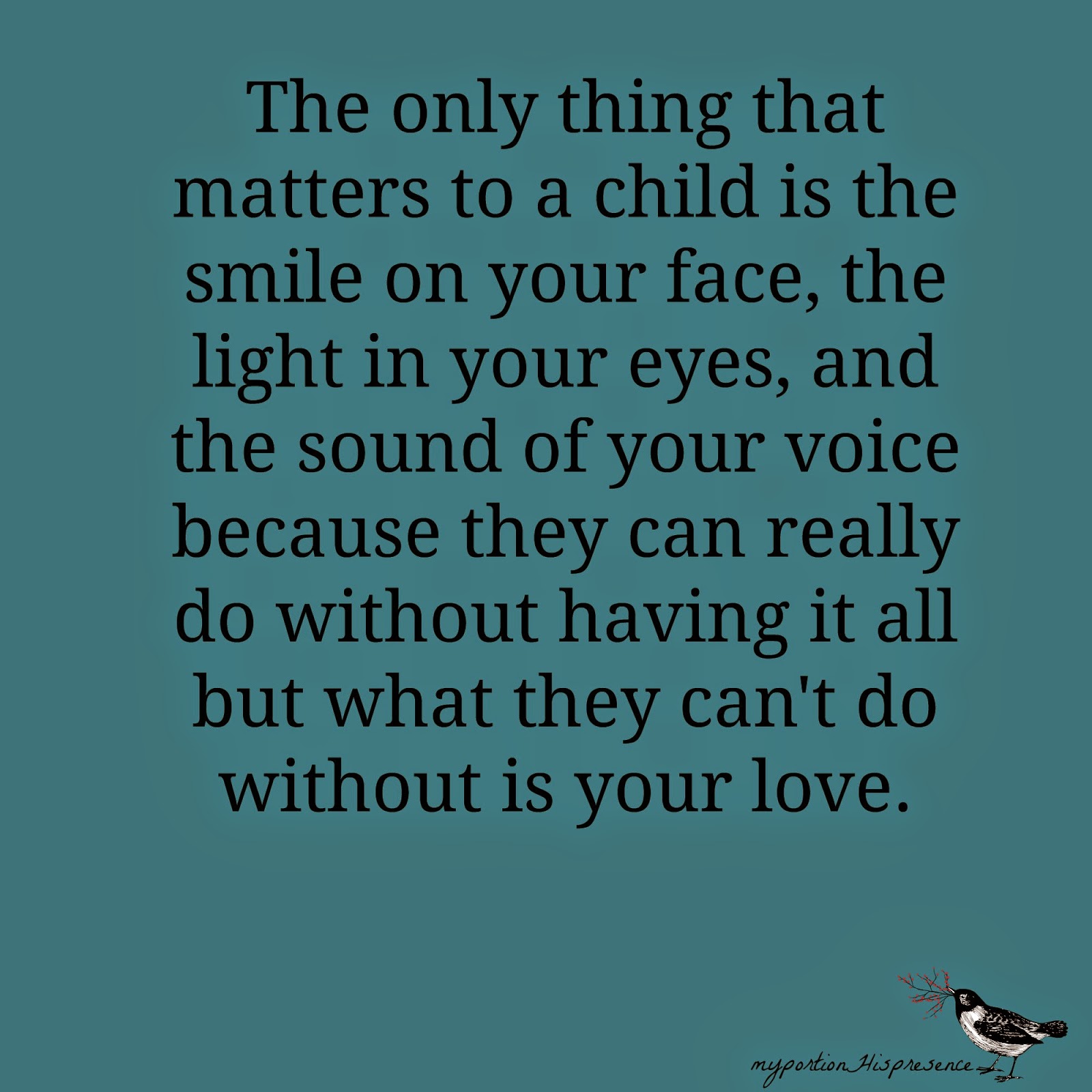