When Control Comes Marching In

{This post is part of the Five Minute Friday with Kate Motaung. A community of writers who write for five minutes on the word of choice. Today's word: control.}

Days after the inauguration of the 45th President and there's still brewing in the air a sense of strife and opposition.

You can't click on the news or scroll a feed without reading messages that make the skin crawl or hear words spoken aloud that give life to your otherwise silent voice box in retaliation.

What the worlds like now and what it will be like in another twenty years who knows only God.

All I know is that prayer can make more changes than a march of thousands of women who herald themselves as brave fighters when the bravest of women are those on their knees crying out for the sanctity of life and for the souls of those truly oppressed across borders who have no voice.

And they see our voice.

The voice of thousands of women wearing vulgar hats, holding up signs of ill will, nodding their heads and shouting their taunts of how they need what they need, of how it's not good enough what they have, of how they want that choice but won't give it to their own creation.

Maybe it's all about control.

How we as women may feel like we're losing it when what's really needed is a little bit of self-control.

Freedom is not the absence of control but the embodiment that self control should govern our freedoms. 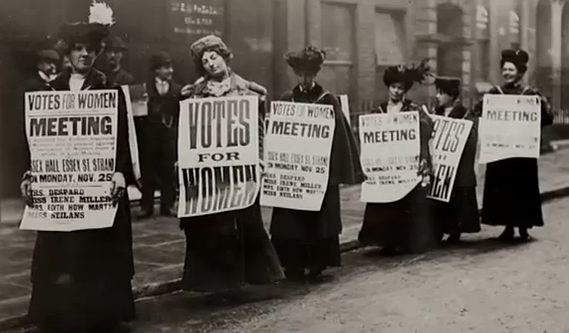 Great women of long ago were known for doing great things gracefully.

We could accomplish something great by actually doing nothing at all or very little.

The very beginnings of Women's Suffrage and rights began with a weekly publication that later turned into Susan B. Anthony becoming arrested as she simply casted her vote.

Rosa Parks could sit still on a seat and not budge yet she moved mountains by her stilled presence alone.

The fear of losing control can draw thousands of women to march, but when women realize that control is really not theirs, that it belongs only to the One who measures the earth in the palm of his hand and who holds the seas and oceans in his grip, who knows every hair on our head and every thought and deed, control is then something we don't crave, but instead we cling to the One on the cross.

We give it up to him and instead gather up all the grace and give thanks.
Posted by Bonnie Fair at 10:16 PM 16 comments:
Email ThisBlogThis!Share to TwitterShare to FacebookShare to Pinterest

The Middle, How It's Really the Magnificent

{This post is part of the Five Minute Friday with Kate Motaung. A community of writers who write for five minutes on the word of choice. Today's word: middle.}


He puts his arms around my middle.

His thin, tiny arms less than a foot each encircle me, his fingers not yet touching each other at the ends.

For some reason he loves my middle.

Yes, that mid-section I keep trying to minimize after two children and two many bags of twix bars and heaping bowls of ice cream, he loves.

It's soft and squishy (I know not what you may be wanting to hear).

He places his little head on top of my middle pressing into its folds wishing he could go back in there.

I tell him how I wish it were flat as I suck it in tight and taut.

He's saddened. Why would I ever want that?

To him it's my middle and it's the greatest and safest and most amazing thing.

How he could, five years ago, be the size of a bean cradled in a uterus while attached to a life flowing cord with our hearts beating together almost in utter unison, he finds nothing but fascinating.

He doesn't see it as I see it, a waste of space better not occupied by that soft and squishy substance.

The way he sees it....some things in the middle are the most magnificent. 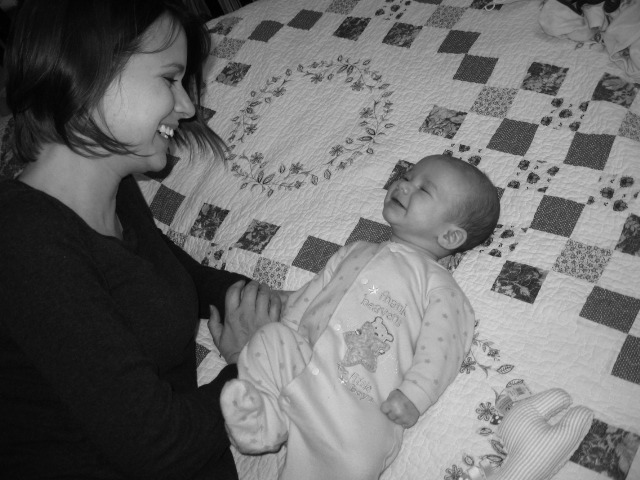